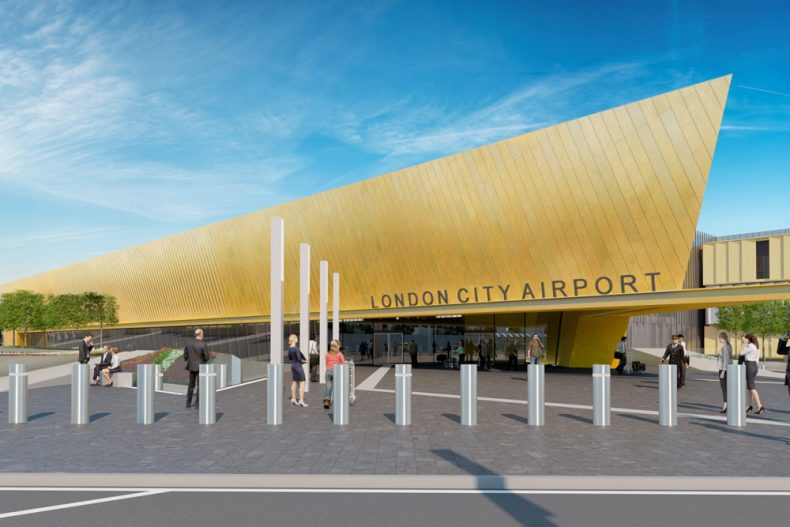 The deck is the first stage of construction of London City Airport’s £480m development programme. Founded on more than a thousand bored piles, it will support eight aircraft stands, a parallel taxiway and an extension to the passenger terminal.

London City Airport is expanding to accommodate 6.5 million passengers a year, up from its current 4.5 million.

BAM Nuttall is supported on its £85m piling and decking contract by sister company BAM International. The work entails BAM extending the airport’s concrete deck out over the King George V Dock supported by more than 1,000 concrete piles with steel casings – each approximately 20 metres in length. Works start on site in spring 2018, once the unexploded ordnance (UXO) survey is complete. Two weeks ago the survey team found a 500kg World War II device that required the Royal Navy to be called in for disposal.

Completion of the deck is expected in early 2020. The airport will remain operational throughout the construction works.

London City Airport chief development officer Peter Adams said: “The contract is the first big step forward in the airport’s development programme, essentially creating new land that will provide the base upon which we will build the majority of the transformational infrastructure, including the extended terminal building and additional aircraft stands.

“BAM has proven expertise and experience in these techniques and we are really pleased they are on board to deliver this project alongside the overall delivery partner, Bechtel.”

BAM Nuttall executive director Martin Bellamy said: “We are delighted that BAM have been selected to deliver such a major marine civil engineering project that draws on our relevant expertise and experience. This scheme will play a significant part in the overall airport development programme and will support the planned infrastructure such as the aircraft stands and new world class passenger terminal extension.”

The new deck will consist of precast reinforced concrete planks with a reinforced concrete topping spanning onto precast concrete beams supported on more than 1,000 large diameter bored concrete piles with steel casings in the dock bed (typically spaced at 10 metre centres). Average water depth is around 10 metres with the average pile length being approximately 20 metres. Additional work includes the partial demolition of the King George V Dock wall to enable tying in of the new deck, construction of a partly submerged service trough and drainage channels, and approximately 50 land based piles next to the airport entrance.

In 2008 London City Airport also used a piling and decking technique for a £47m extension for four new aircraft stands above the waters of King George V Dock.